American photographer Amy Arbus has been creating photographic portraits since the 1980s. She has published five books, including The Inconvenience of Being Born, After Images, and The Fourth Wall. The New Yorker called The Fourth Wall her masterpiece. Her photographs have been featured in hundreds of periodicals, including French Vogue, GQ, The New York Times Magazine, The New Yorker, Rolling Stone, and Vanity Fair. She has had 38 one-person exhibitions around the world, and is represented by The Schoolhouse Gallery in Provincetown, Massachusetts and Mitchell Giddings Fine Arts in Brattleboro, Vermont. Her photographs are in the collections of The Morgan Library, The Museum of Modern Art, The Metropolitan Museum of Art, The New York Public Library, and The National Theater in Norway.

As a native New Yorker, Amy is best known for her style feature, “On the Street,” which appeared in The Village Voice from 1980-1990. The page was published every six weeks with the tagline, “There are eight million fashions in the Naked City and Amy Arbus is going to photograph all of them… a few at a time.” Ms. Arbus’ mission was to seek out the trendsetters that fashion designers would look to for inspiration. Her camera was a ticket into their world, and many of her subjects went on to become famous musicians, designers, and artists. The series was a chronicle of a seminal time in New York City’s history and was later turned into the book, On the Street 1980-1990. Ms. Arbus has taught The Narrative Portrait at the International Center of Photography, Anderson Ranch, Fine Arts Work Center, and NORD Photography in Norway. American Photo selected her workshop as a Top Workshop for 2008.

In her thirty-five years as an editorial photographer Ms. Arbus earned a reputation for being able to handle delicate situations, and was able to capture her subject’s bravery, vulnerability, sadness, and confidence of her subjects without sensationalizing their challenging situations. Now as an artist, she continues to photograph subjects on the cutting edge of important movements. In 2019, she collaborated with painter and sculptor Martha Posner to create A #MeToo Project. Her next project is a departure from people, but not from personality. Stay tuned!

For more about Amy’s work, please visit her website at amyarbus.com. 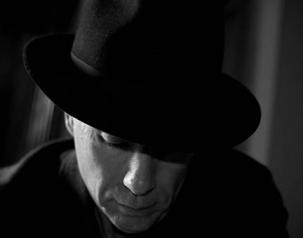