Cig Harvey grew up in Devon in South West England and became interested in photography as a young teenager while working in a darkroom. She received her MFA from Rockport College in 1999 and in 2005 was selected as one of Photo District News’s 30 emerging photographers to watch.

Harvey was an assistant professor at the Art Institute of Boston at Lesley University, where she worked for ten years. Her first solo museum show was held at the Stenersen Museum in Oslo in 2012 in conjunction with the release of her first monograph, You Look At Me Like An Emergency (Schilt Publishing, 2012). The book is a personal exploration of love, loss, longing and belonging. You Look At Me Like An Emergency sold out in all editions and was selected by Photo District News as one of the best books of 2012. It was widely reviewed by international publications, including The Independent and The Boston Globe.

Her second monograph, Gardening at Night (Schilt Publishing, 2015) was released to critical acclaim from Vogue and The New York Times, among others. The book is an exploration of familial love and a sense of place in the natural world, with seasons figuring prominently as metaphor. She was featured in The New York Times in an article titled “Why Can’t Great Artists Be Mothers?” rejecting the stereotype that motherhood and artistic dedication are at odds. In an interview with The Telegraph about the book, Harvey cited magical realism as a source of inspiration and said “I am very interested in finding magic in the real world and photography reminds me that this world is amazing.”

Harvey’s third monograph, You an Orchestra You a Bomb (Schilt Publishing, 2017) centers on our relationship with life itself, capturing moments of awe and sacred seconds that convey our fragile present. It was applauded in a number of international publications, including in The New York Times, BBC, New York Magazine, and Creative Review.

Harvey’s work has been exhibited internationally and is included in several collections including The Museum of Fine Arts, Houston, George Eastman Museum, and The Farnsworth Art Museum. Her work has been displayed at Paris Photo, Art Miami, and AIPAD every year since 2006. She has been a nominee for John Gutmann fellowship and the Santa Fe Prize, and a finalist for the BMW Prize and The Karl Lagerfield Collection at Paris Photo, The Clarence John Laughlin Award, The Taylor Messing Photographic Portrait Prize, and for The Prix Virginia, an international photography prize for women. In 2017 she was awarded the prestigious 2017 Excellence in Teaching Award from Center.

In 2018, Cig Harvey will be represented as part of the prestigious group show, Retour a la Ligne, photographs from the collection of Sondra Gilman and Celso Gonzalez-Fall at Musee de l’Eysees, Lausanne, Switzerland. She will also be the featured artist in the show Memory: Mystery, Magic, and Make-believe at the University of Texas at Dallas. In 2019, Harvey will have a solo show at Ogunquit Museum of American Art in Maine.

Cig Harvey lives in a farmhouse in midcoast Maine with her husband Doug and daughter Scout. The slow passing of time and the natural surroundings of her rural home has made her alert to the magic in the mundane. 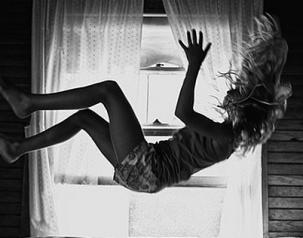