“It is only with the heart that one can see rightly; what is essential is invisible to the eye.”
—  Antoine de Saint-Exupery, from The Little Prince

Douglas Beasley’s personal vision explores the spiritual and emotional aspects of people and place and is concerned with how the sacred is recognized and expressed in everyday life.

Doug currently works on fine-art based commercial projects around the world. Much of his personal work is supported by grants and commissions and is widely exhibited and collected. In 2010 he had a permanent installation at the Castillo D’Albertis Cultural Museum on Sacred Places of North America. He has been published internationally and featured in numerous photo magazines such as Zoom, The Sun, B&W, PDN, Shots and PhotoVision. His most recent book, Zen and the Art of Photography, is a collection of Doug’s writing.

As founder and director of Vision Quest Photo Workshops, Doug provides workshops that emphasize personal expression and creative vision over the mechanics of camera use.  His workshops are held at art and cultural centers across the US and around the world as well as private workshops at the Trade River Retreat Center, his cabin/retreat center in Northwest Wisconsin.

Doug is the owner and publisher of Shots magazine, a quarterly independent journal of fine-art photography, now in its 32nd year of publication. Shots has long been his favorite photo magazine.

Doug continues to explore the notion of what is sacred in his photography and in his life. He lives in a small passive solar home surrounded by rocks and trees in Saint Paul, MN and when not out traveling the world he can be found tending his Japanese gardens or enjoying a strong cup of coffee while listening to loud music. Personal heroes include Jimi Hendrix, the Dalai Lama and whoever invented the espresso machine. 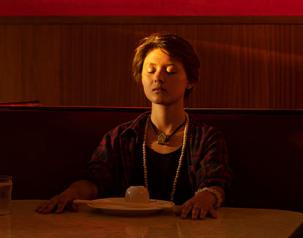 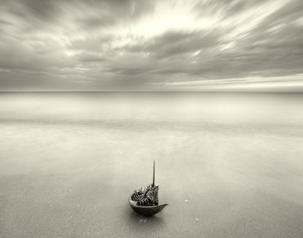 The Poetry of the Ordinary