Kat Kiernan is the Editor-in-Chief of the photography magazine Don’t Take Pictures, as well as the Director of Panopticon Gallery in Boston, Massachusetts. Her writings have appeared in numerous publications, most recently in the book The Artist as Culture Producer: Living and Sustaining a Creative Life (Intellect Books, 2017). Kat received the Griffin Museum of Photography’s Rising Star Award in 2015 for her contributions to the photographic community. Her photographs have been exhibited across the United States, and Photoboite Agency named her one of 2012’s 30 women photographers under the age of 30 to watch. Kat divides her time between Brooklyn, New York and Boston. She holds a BFA in photography from Lesley University College of Art and Design. Learn more about her work here.

Trees: Life in the Slow Lane 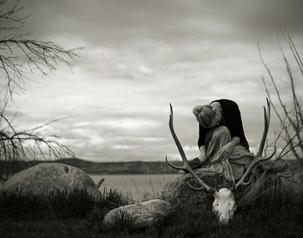