Tillman Crane’s distinctive platinum photographs combine 19th century materials with a 21st century aesthetic. Tillman’s photography career began in 1978 as a photojournalist for The Maryville Daily Times (TN). He began teaching the craft of photography in 1988. His passion for photography continues to evolve as he embraces new technology while furthering his mastery of the platinum/palladium print. The focus of his imagery remains on the unique sense of place in the ordinary, everyday locations where he lives and teaches.

A skilled teacher, his workshops offer a variety of locations for all levels of expertise and camera formats. Tillman’s own workshops include north Alabama, the Erie Canal, Montana, North Dakota and the Orkney islands. He currently leads workshops for the Maine Media Workshops and Santa Fe Workshops. With his extensive knowledge of platinum printing he has taught in China, Mexico, Scotland, England and throughout the U.S.

His photographs have been exhibited around the world and are included in major collections throughout the U.S., China, England, Ireland, Italy and Scotland. Tillman’s images are also included in several important books on contemporary photography. His resume can be viewed here.

To see recent work visit his Gallery at 22 Pearl Street in Camden Maine. Platinum printing demonstrations are held throughout the Open Gallery weekend each summer. The Gallery is open by appointment throughout the year. Contact: 207-230-0199, or visit www.tillmancrane.com for further information. 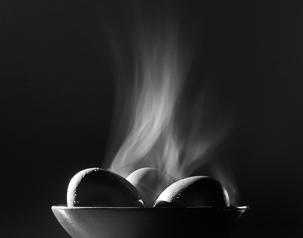