The film noir genre was extremely popular in the American films made in the 1950s. Among them were Double Indemnity, The Maltese Falcon, Key Largo and Out of the Past. All were known for contrasty lighting, unexpected camera angles, dark anti-heroes, high drama, and a lurking sense of danger.

Film critic Roger Ebert described the style: “Locations that reek of the night, of shadows, of alleys, of the back doors of fancy places, of apartment buildings with a high turnover rate, of taxi drivers and bartenders who have seen it all.”

For this exhibit we are looking for still images that capture the spirit of a noir film — color or black and white, and any kind of lighting that conveys that noir spirit. All capture and processing techniques are welcome.

We are very pleased that Amy Arbus will jury the exhibit. She will select approximately 40 images for exhibition in the Middlebury gallery, and 40 for our Online gallery. All selected images will be published in the exhibit catalog. 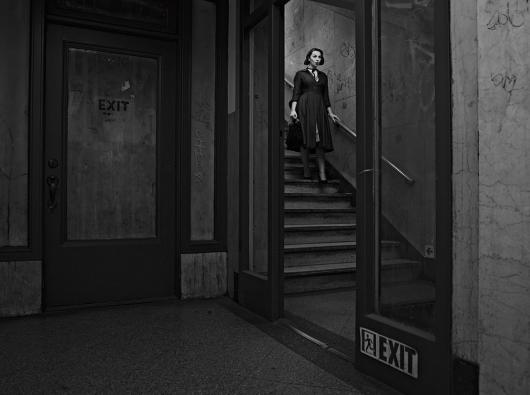 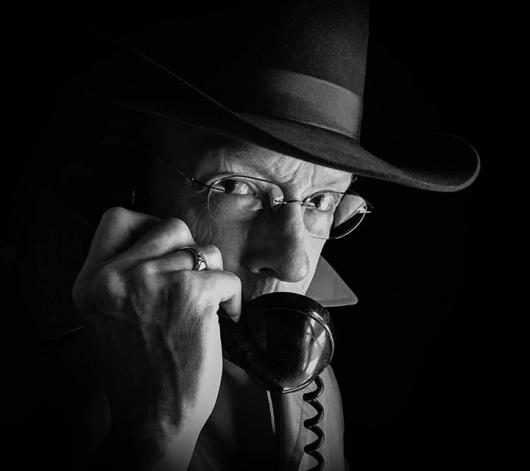 As a native New Yorker, Amy is best known for her style feature, “On the Street,” which appeared in The Village Voice from 1980-1990. The page was published every six weeks with the tagline, “There are eight million fashions in the Naked City and Amy Arbus is going to photograph all of them… a few at a time.” The series was a chronicle of a seminal time in New York City’s history and was later turned into the book, On the Street 1980-1990. Amy has taught The Narrative Portrait at the International Center of Photography, Anderson Ranch, Fine Arts Work Center, and NORD Photography in Norway.

Ms. Arbus has had 38 one-person exhibitions around the world, and is represented by The Schoolhouse Gallery in Provincetown, Massachusetts and Mitchell Giddings Fine Arts in Brattleboro, Vermont. Her photographs are in the collections of The Morgan Library, The Museum of Modern Art, The Metropolitan Museum of Art, The New York Public Library, and The National Theater in Norway.

Read her complete bio in Our Jurors.
Visit her website at amyarbus.com.