Portrait: Self and Others

Prints of most of these images are available for purchase. Please inquire.
All photographs are the copyright of the individual artists and may not be reproduced without their permission.

The Tate Modern in London shares that, “photography became the most important medium of traditional portraiture, marking what was formerly an expensive luxury product affordable for almost everyone.” Today, the idea of a photographic portrait expands well beyond its definition that it is a picture of a person's face with the goal to convey not only a person’s image, but their character, and even attitude.  Portraits don’t have to be of people—they can celebrate an object or even an emotion.

I was given the daunting task of considering a great many portraits that ranged from traditional to surreal to humorous or filled with pathos. I literally looked at thousands of photographs over and over and selected about three times the amount of work that would fit into the gallery and the online exhibition. That’s when the work gets really really hard. I did not take this effort lightly. I asked myself a lot of questions during the jurying experience. Is this a well-considered portrait or simply a photograph of a person (there is a difference!)? Does the image move, surprise, or excite me in some way? Is there a level of mastery present? Does the construction feel fresh and unique? I fell in love with so many images, well beyond what I could include in this exhibition. I had to let go of work that I’m familiar with, work that I have previously juried into shows, and work that was very much wall worthy. But I also let go of work where the images were over processed, negatives were not cleaned, photographs just slightly out of focus or muddy. The competitive nature of the photo world today, requires the extra time to truly consider the excellence of the images one puts out into the world. That said, I am deeply appreciative of your time and efforts, and I truly savored the experience of looking at your photographs.

For the Juror’s Award, I selected the visually complex image of two men laying a top the American flag, light streaming across their intertwined limbs with faces in repose. It’s a beautifully crafted portrait that I continued to revisit during this process.

For the Director’s Award, light (or the lack of it) sculpted this exquisite portrait into being. The subject emerges from the shadows deep in thought and reflects the mood of these past difficult years. In some ways, it’s a portrait of all of us, holding on to things we hold dear.

The Honorable Mentions made me laugh, made me pause, made me see beauty and pathos. All are brilliant in the way they present and elevate the subject.

I always state that jurying a show is a totally subjective process. An image that might not resonate with me, might win first prize in another exhibition. No two jurors are going to select the same works. I have learned so much from my own rejections. And so, when you take a chance to enter shows, know how hard it is for the juror to continue to whittle away at a strong pool of images and be proud that you made the effort. I’ll leave you with this story: many years ago, my work was rejected from a competition. About a year later, I ran into the juror at a portfolio event, and they shared that they remembered my submission and felt badly that they couldn’t get in in the show. A month later, they offered me a solo show.  So, you just never know.

Thank you to James Barker and the PhotoPlace Gallery for this wonderful experience and congratulations to all!

A great portrait reveals something of the depth, history, and emotional state of the subject, at least as captured in a single moment in time. Although many portraits zero in on the face, many fine images don't show the face at all, instead using light, gesture, context, and other nuances of expression to create an informative portrait.

For this exhibit we seek portraits, self- or otherwise, that go beyond the surface to explore a deeper vision of the subject and, hopefully, draw an emotional response from the viewer.

All capture methods and processes are welcome

We are very pleased that Aline Smithson will jury and curate this exhibition. She will select approximately 35 images for exhibition in the gallery, and 40 for our Online Gallery. All 75 selected images will be promoted on social media, reproduced in the exhibition print catalog, and remain permanently on our website, with links to photographer’s URL. 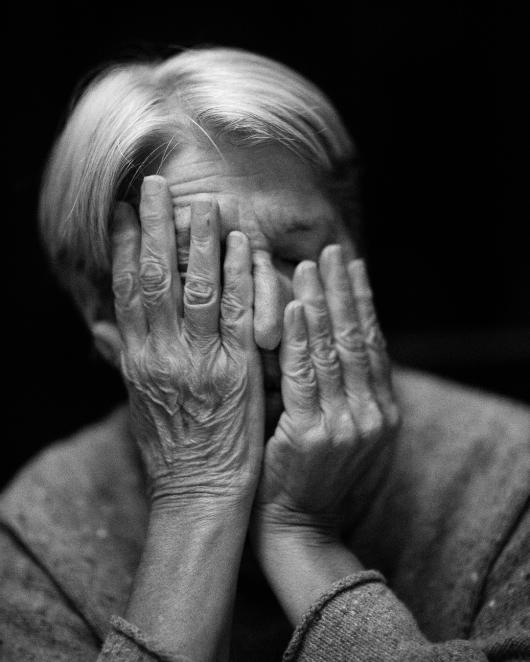 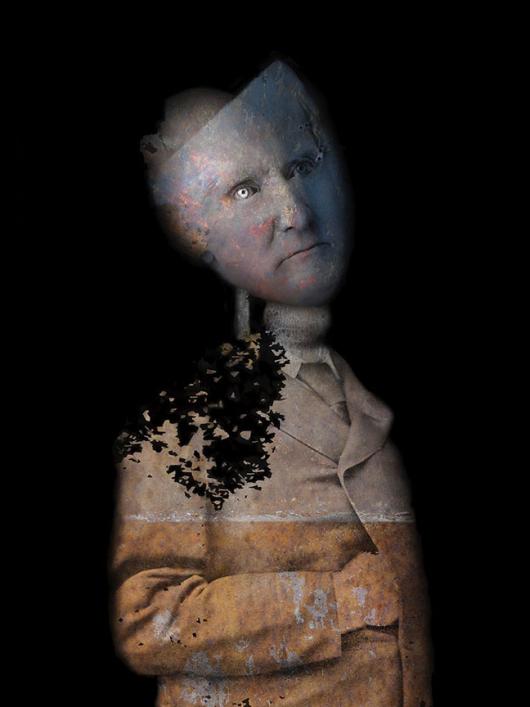 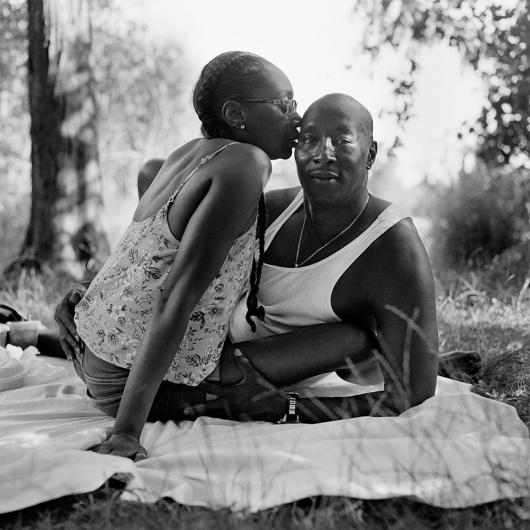 Aline Smithson is an interdisciplinary artist, educator, and editor based in Los Angeles, California. Her practice examines the archetypal foundations of the creative impulse and she uses humor and pathos to explore the performative potential of photography. She received a BA in Art from the University of California at Santa Barbara and was accepted into the College of Creative Studies, studying under artists such as William Wegman, Allen Rupersburg, and Charles Garabedian. After a career as a New York Fashion Editor working alongside some the greats of fashion photography, Smithson returned to Los Angeles and her own artistic practice.

She has exhibited widely including over 40 solo shows at institutions such as the Griffin Museum of Photography, the Fort Collins Museum of Contemporary Art, the Shanghai, Lishui, and Pingyqo Festivals in China, The Rayko Photo Center in San Francisco, the Center of Fine Art Photography in Colorado, the Tagomago Gallery in Barcelona and Paris, and the Arnika Dawkins Gallery in Atlanta. In addition, her work is held in a number of public collections and her photographs have been featured in numerous publications including The New York Times, The New Yorker, PDN (cover), the PDN Photo Annual, Communication Arts Photo Annual, Harper’s, Eyemazing, Soura, Visura, Shots, Pozytyw, and Silvershotz magazines.

Smithson is the Founder and Editor-in-Chief of Lenscratch, a daily journal on photography. She has been an educator at the Los Angeles Center of Photography since 2001 and her teaching spans the globe. In 2012, Smithson received the Rising Star Award through the Griffin Museum of Photography for her contributions to the photographic community and also received the prestigious Excellence in Teaching Award from CENTER. She has won numerous awards and commissions since 2014, and her books are in the collections of the Museum of Modern Art, the Getty Museum, the Los Angeles Contemporary Art Museum, the National Portrait Gallery, London, the Metropolitan Museum, the Guggenheim, among others.

With the exception of her cell phone, she only shoots film.